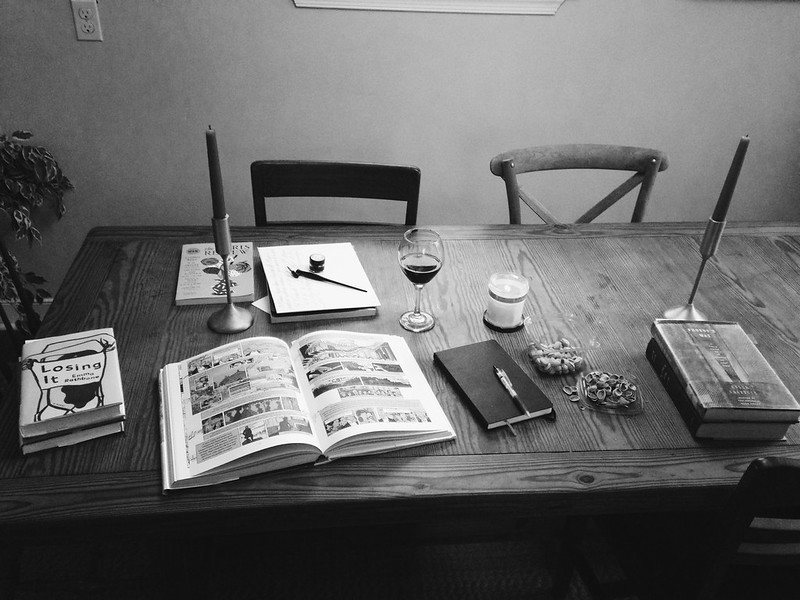 “I always liked to arrange things. I guess it’s my only real vocation. By putting things in order, I create and understand at the same time.”

— The Passion According to G.H., Clarice Lispector

In a similar fashion, I am calmed and comforted by arranging. I feel a strong correlation between the appearance of my home and my mental state. But I like this extra component that G.H., in Lispector’s fashioning, adds: that order brings both the ability to create and understand. I have always felt this innately but never made the direct connection. I enjoy creating, but unlike stereotypical “creative types” (e.g., my sister, an artist who thrives amid piles and piles of objects), I have always needed the prerequisite of order. Otherwise, for me, there is no creation. There is no understanding.

There were a few famous novelists stalking around town last week. On the way home from the library the other day, I feel fairly certain that I saw our old landlord haranguing one of these novelists on a street corner. Old Landlord was talking and gesturing and Famous Novelist was listening silently, tight-lipped, while Old Landlord’s patient dog was sitting by a hydrant. I wanted so badly to pull over and eavesdrop. I don’t even know if I saw what I thought I saw, but I wanted to see it, and so now I have.

To end on a grave note: This is the only thing we should be talking about right now. Black lives matter. Say it every day.

And then, fellow whites, let us think about this for a moment, in humility.

I will state flatly that the bulk of this country’s white population impresses me, and has so impressed me for a very long time, as being beyond any conceivable hope of moral rehabilitation. They have been white, if I may so put it, too long; they have been married to the lie of white supremacy too long; the effect in the personalities, their lives, their grasp of reality, has been as devastating as the lava which so memorably immobilized the citizens of Pompeii. They are unable to conceive that their version of reality, which they want me to accept, is an insult to my history and a parody of theirs and an intolerable violation of myself.