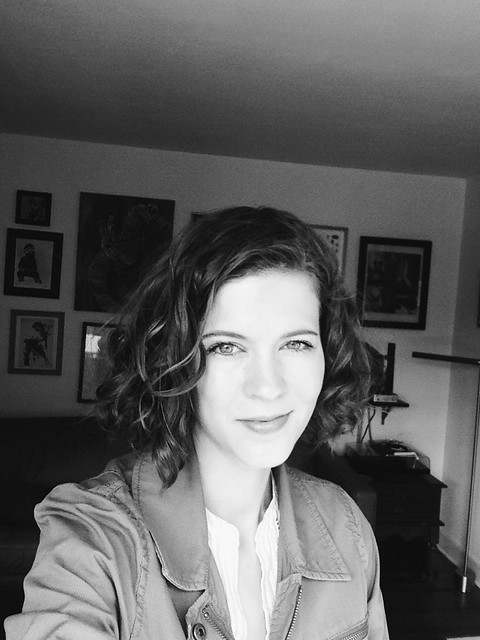 Some possibly contradictory thoughts and no clear conclusions. This waffling nature is where I seem to have staked my flag at the end of my twenties. (And I am happier to be here, living in the gray, rather than in the stark dualities of adolescence.)

Does femininity have any intrinsic qualities of its own?

But what I want to know is this: Is there any quality that is inherent to being female, as we suppose there is to being male? Some characteristic that marks women, because women are born with it?

I started thinking this some months ago, when some men were discussing how grateful they were to not have any feminine traits, as if it would be the worst thing in the world to be compared to a woman. (It makes me think of that traditional Jewish blessing, Thank you G-d, for not making me a woman…) Many men think this way and express it openly. Even now, a great way to publicly shame a man is to compare his behavior to a woman’s.

I was incensed, after this discussion, but it made me start to wonder: Can women have pride in their female-ness, the way that men so evidently have pride in their male-ness? Do we always have to be comparing ourselves to men and in opposition to women to get any respect or credit? I’m smart, not like those silly girls; I don’t cry easily, like most women; I hate shopping, unlike most dumb broads, etc.

Is there anything deep and true that women can lay claim to, outside of the jurisdiction of masculinity?

If there is, I suppose it must reside in biology. Men have more testosterone, and therefore they actually are more prone to aggression and violence than women. Women can create and give birth to children, which brings with it a whole set of hormones and evolutionary instincts that men have no need of. Naturally, this does not preclude the fact that aggressive women and nurturing men exist all over the place, every day, and we can shift gender presentations in the span of an hour. But that is not what I am after. I am after something else, the root of what it means to be a woman.

What is it? Where does it reside?

The next question, though, is that if there is any intrinsic quality of womanhood, is it even worth defining? Will it just lead to more subjugation and heartbreak among women? Probably.

It taunts me, this question, because of the lack of middle ground. I want to live in a gray space on the question of gender; I don’t want it to be either/or. But I’m not sure it can be found.

I guess I’ve never felt entirely female, but then probably lots of people don’t. But I think that at different times in my life I located myself in different places on the gender spectrum, and for many years, throughout my thirties, which is when I made that pilgrimage, I didn’t have any connection to the female gender. I wouldn’t say I exactly felt like a man, but when you’re talking about yourself you only have these two options. There’s no word for the “floating” gender in which we would all like to rest. — Anne Carson, The Art of Poetry, Paris Review

I womanfully put this aside for the time being.

Does the feminine feminist exist?

But in what ways? Which patriarchal standards do you choose to reject and does it matter which ones? How do you justify your choices to men and to other women, when there will clearly be gaps and paradoxes?

For instance, I sincerely enjoy cosmetics and a swipe of red lipstick, but I think mini-skirts and stiletto heels are misogynistic. I have strong moral objections to even the notion of a Brazilian wax, but I am completely fine with dresses, perfumes and facials. I mow the lawn and yet I make Guion fix any machine that malfunctions in our house, without ever trying to figure it out myself. I want men to take me seriously and yet I flatter their masculinity in a conversation in all the ways I’ve been taught since I was young.

Upon recently finishing Susan Brownmiller’s Femininity, I was comforted to read of how often she — feminist icon of the 1980s, who only wore pants and never any makeup — faltered from time to time in her commitments to outwardly rebel against femininity. Despite knowing the sexist origin of her angst, she says she was obsessed with how her hair looked and couldn’t stop thinking about her body and how men saw it in clothes. She won’t shave her legs or armpits but bleaches her leg hair in the summer when she goes to the beach.

Brownmiller knows she’s trapped; she knows all of us women are trapped. Whatever choice you make, you lose. Because here’s the rub:

Men created extremely high standards of physical beauty that women have to meet, and then simultaneously mock us for being vain when we try to uphold these standards.

It is for myself. But it is also for everyone else — other men and other women. Like it or not, we’re all judged on a sliding scale of gender performance every day, most often in tiny, undetectable ways.

So, what is to be done? I think it is to take comfort in Brownmiller and take comfort in Carson and be OK with the floating space, even if we will never rest there completely. Be OK with living in and performing a little bit of both: the stereotypical femininity with dashes of stereotypical masculinity (who said that only men enjoy lawnmowers?).

Live with a perspective toward others and toward ourselves that is free and open-handed, especially when it comes to performing masculinity or femininity.

2 thoughts on “The feminine feminist”