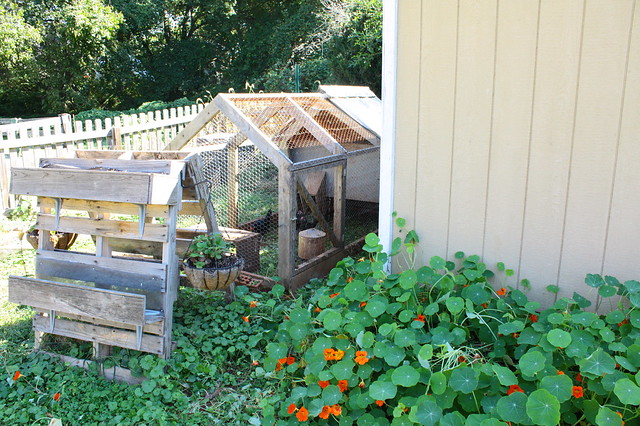 … with the addition of three Japanese bantams, acquired from the Montgomery family, who also gave us their amazing coop. 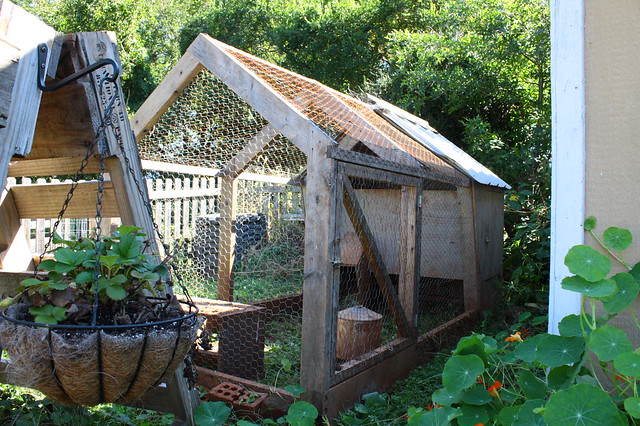 Andrew is an architect by trade, so you know we’re getting a top-of-the-line construction here. Isn’t it great? These are very trendy hens with a high standard for interior design. I’d like to get them a Bauhaus era chaise lounge…

Japanese names were chosen over Indonesian, once I learned their specific breed, which I am clearly thrilled about. I’ve been speaking to them exclusively in Japanese, so that they will feel at home. And I think it’s been working, because we got our first egg last night! Such a darling, cute little egg. 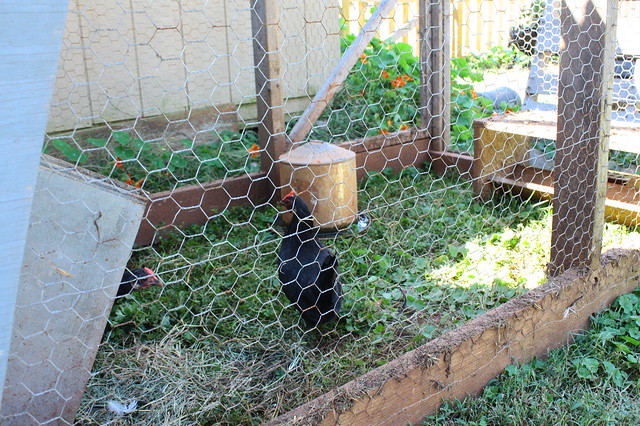 I was hesitant to jump on the backyard chicken bandwagon, because of the fact that we house two high-energy chicken predators, but our garden fence serves as an excellent barrier. 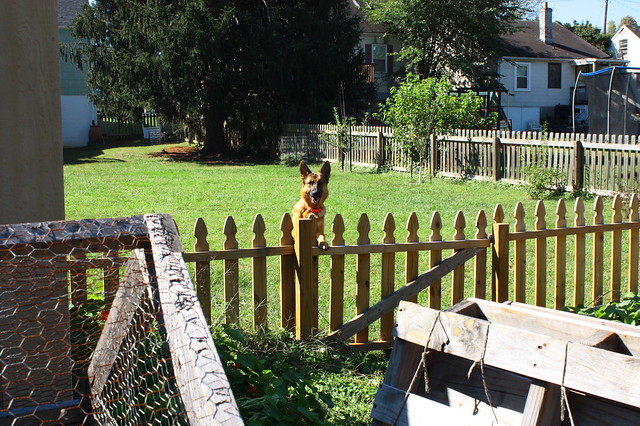 And we’ve positioned the chicken mansion behind the shed, so the dogs don’t have a clear view of them. We’ll let the ladies run around the garden fence when we’re out there and when the dogs are safely barricaded indoors. No plans to introduce the species. 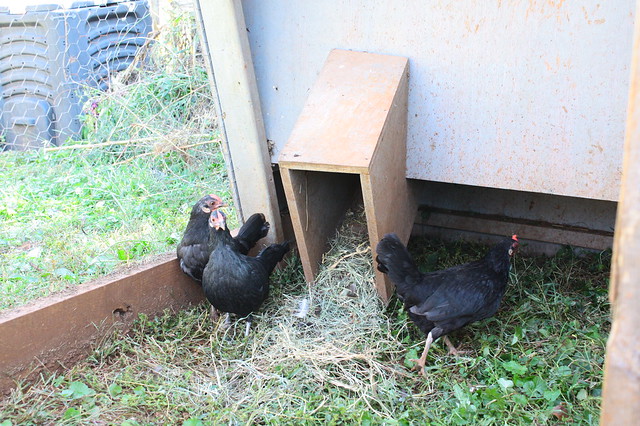 We’re very grateful to the Montgomery family for jump-starting our chicken-rearing dreams with this magnificent coop and the well-reared brood. More to come, certainly, on our continued adventures in urban homesteading and gardening… 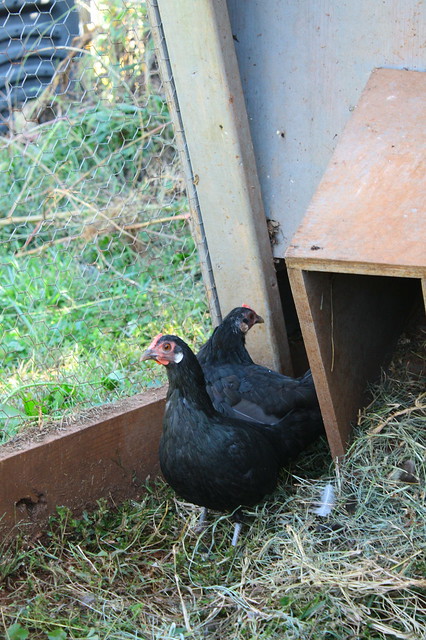 We got to meet the perfectly charming Phinehas Edwards McDermott! Welcome to Earth, new McDermott. We are so glad to have you here.

And I got new glasses, which make me both totally serious AND crazy. I also got shot for the Charlotte’s new style section, which was confirming to me at what a truly terrible model I am. But Sean and Stephanie were super-nice about the whole thing. Thanks, friends.

Liz + Matt. Just some shameless self-promotion: I just finished this calligraphy project for our dear friends, Liz and Matt, and I had a blast doing it. This was my first time doing an invitation suite, which was turned into a fabulous letterpress invitation by the matchless Patrick Costello. A lot of fun! (AFP Calligraphy)

A Reunion with Boredom. Charles Simic discusses life without electricity, reading, and how much he owes to boredom. A thoughtful and lovely piece that will make me strive to appreciate our frequent power outages. (New York Review of Books)

Just Like a Woman. In defense of Jane Austen as a legitimate and important writer, in response to V.S. Naipaul’s remark, which is a campaign that I am 100 percent behind. It’s a little late to be responding to him now, as his comment is kind of old news, but I do wish Austen would be rescued from the plight of being constantly written off as a “chick lit” writer. Thanks a lot, Keira Knightley. (Los Angeles Review of Books)

Findings. My favorites, among the lighter findings surveyed: “Florida could be up to 50 percent older than previously believed” and “Chemists discovered why van Gogh’s yellows were fading.” (Harper’s)

The Slow Art of Tea. A re-posted article from the Curator that talks about one of my favorite daily rituals. (The Curator)

There’s Nothing Like… Even though Tom Wolfe got on my nerves in From Bahaus to Our House, I’m going to side with him on this one: What an unfortunate place to live. (Unhappy Hipsters)

Before & After: Music Room Redo with Custom Shelving. Wow, so THIS is how you can make built-in bookshelves. Going to be trying this one day. (Design Sponge)

Table and Chair, Pen and Paper, Text and Time. If I was an artist, I think I’d like to do what Helga Schmid is doing. (Le Projet d’Amour)

Yaron Steinberg’s Installation, How He Imagines His Brain. Amazing. (The Fox Is Black)

When the Fog Lingers in the Forest. I just keep coming back to her blog, because I want her life. So dreamy, rustic, idyllic. (La Porte Rouge)

The College Ranking in Which a Black School Beat Out Princeton and Yale. And, might I add, UNC-Chapel Hill beat out Princeton, Yale, Duke, UVA… Interesting stuff. (Good)

Eggcellent Living Quarters. Um, can we get chickens, just so I can build them a coop like this one? OMG. The Ritz-Carlton of chicken coops. (Pawesome)

How to Buy Houseplants (Once and For All). I need to people to tell me about these hardy plants, because I am skilled at letting them die. This is a helpful introductory guide. (A Cup of Jo)