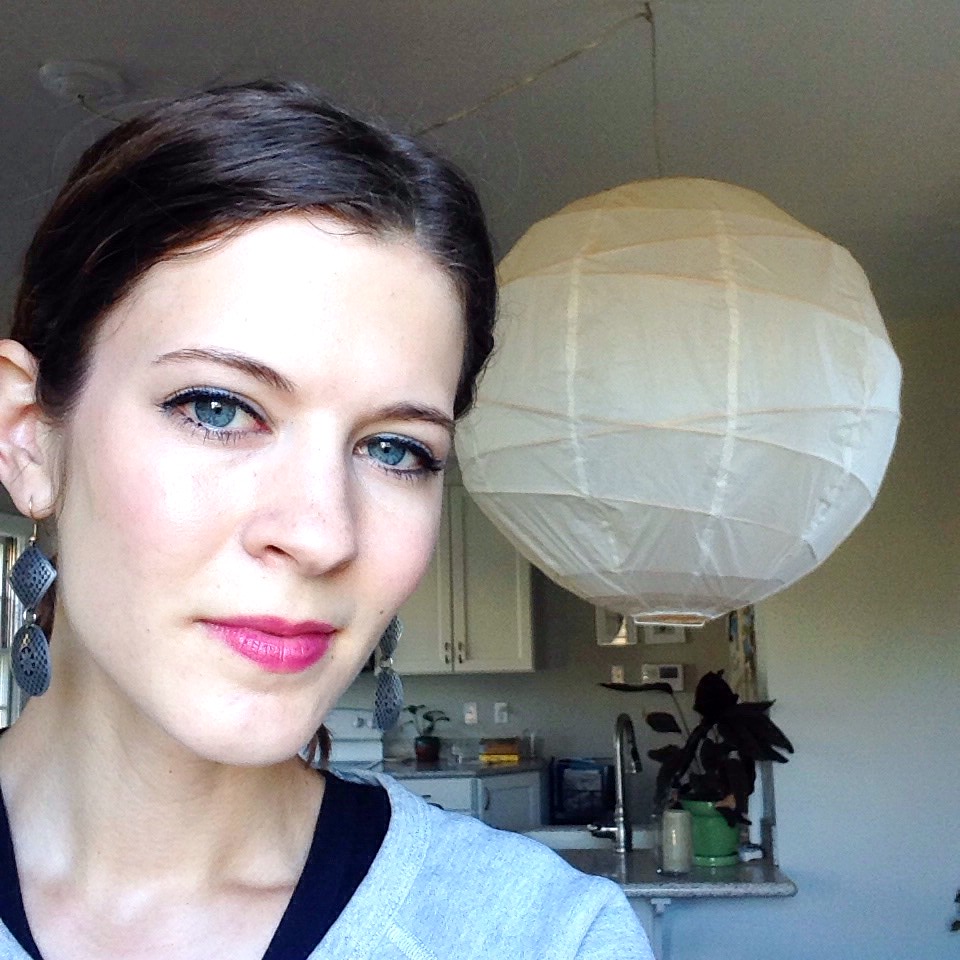 ♦ Been utterly consumed with the real estate market and interior design blogs. First, I could look at other people’s houses ALL DAY, and second, you know my disdain for DIY projects; it is wide and well-publicized. But I harbor respect for these crafty women. And I also don’t know if I have the internal fortitude to join their ranks. The thought of making a fall wreath for my front door makes me want to set something on fire (preferably said wreath). But knowing how to refinish an old table or install new cabinets? Such information could be very useful to me.

♦ Getting a new sister next weekend! Tracy, welcome to the family. Win, good job picking that one.

♦ Let me tell you what is NOT the best breakfast reading material: a book about slum life in Greater Mumbai. But it is a wonderful book overall — beautifully written without being sappy or overly simplistic — and I highly recommend it. I think everyone read it about six months ago: Behind the Beautiful Forevers, by Katherine Boo. (And David Sedaris is right; it DOES read just like a novel.)

♦ Also highly recommended: This Paris Review interview with Czeslaw Milosz, from some time in the mid-1990s. Riveting. And the guy hung out with everyone who was everyone.

♦ Sometimes, I genuinely feel bad for moderate Republicans. It must really suck to have your entire political party co-opted by a fringe group of total wackos. Not that I’ll necessarily vote for them, but bring back the sane, moderate GOP!

On my mind lately:

Pernicious gender roles and the natural disadvantages of being a woman, thanks to this (fascinating) book, Delusions of Gender, by Cordelia Fine. Rachel S. recommended to me, and I’m glad she did. It’s making me want to fight The System. And to have seven girl children who all grow up to be theoretical physicists and aerospace engineers.

How nice it is to have just one dog for a while. (Rainer got adopted!) Pyrrha might miss him, but she also might really love being an only child.

Thomas Jefferson: Not a total tool. Pretty useful to the founding of this country and all. And just as complex as everyone else is; it’s silly to think of Founding Fathers as these changeless demigods. (Also reading American Sphinx, by Joseph J. Ellis, which is good, albeit his incorrect, vociferous assertion that the whole Sally Hemings thing never happened.)

What if I had been good at math?

Does anyone take the GOP seriously anymore?

Semi-related: This quote that Guion shared with me from Bishop John Shelby Spong:

The church is like a swimming pool. Most of the noise comes from the shallow end.

Snax with an enormous wedge of watermelon:

The Hyena and Other Men. These photos are mind-blowing. Photographer Pieter Hugo became interested in a group of Nigerian men who capture hyenas and then keep muzzled on huge chains. Why? Not really sure. My best guess is because these animals are TERRIFYING to look at. These photos are astonishing. I also recently learned that hyenas are not from the canid family; rather, they are more closely related to cats. So bizarre. (Pieter Hugo)

Whales Have Regional Dialects. Yet another reason to be totally in love with whales, especially the idea of whales. (Broken Secrets)

DIY Wedding Hair: Chestnut Bun. I don’t know if this would work with curly hair, but I’m inclined to try it. (A Cup of Jo)

Flowers A-Z: O Is for Orchid. I love orchids so much. They’re the only plant that I seem able to keep alive for an extended period of time. I’m inspired to buy another one from the Charlottesville farmers’ market to put in our bathroom. (Design Sponge)

Interview with Christiane Lemieux about Her Book Undecorate. I really like the idea of this book. I would really like to have it on our coffee table. (Bloesem)

A Tribute to N&O Copy Editors and Page Designers. The Raleigh newspaper, the News and Observer, closed its local copy desk this past week. A sad day in journalism. (The Editor’s Desk)

Bundle of Joy. A+ on the execution, fellas. (Young Me, Now Me)

Forest Spirit. Moss-covered trees are always so enchanting and eerie. (The Lighthouse Keeper)