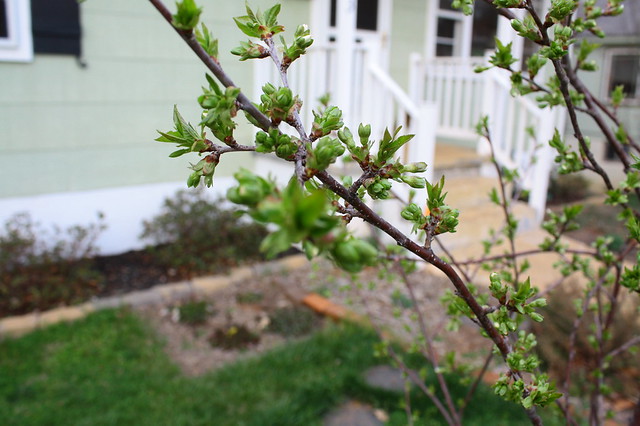 The other day, I glimpsed the profile of a young man who was the spitting image of a freckled fundamentalist boy from my childhood. I blanched and suddenly felt a spasm of terror. It wasn’t this boy, grown up (ostensibly because this boy still lives in the basement of his parents’ house), but I was still shaken. On the whole, I had a very happy childhood, and my parents are these lovely, fun human beings, but I dislike being reminded of the community I was raised in: the fundamentalist homeschooling enclave.

Primarily, when I remember that time, I recall the crushing sensation of misogyny. Of existing in a network of people in which you have no agency on account of your gender.

To list all of the overt and subtle misogyny I faced as a homeschooled girl would be exhausting. The anecdotes and comments still rise to the surface, however, in my daily life, even though I now feel so personally and ideologically removed from that community. Being told, by an adult man, that I was projecting sexual promiscuity because I wore lipstick to church once. When a young man, just two years older than me, told me that I ought to take his plate after he finished eating, because that was my job, as a docile, submissive woman. Reading comments from two fathers of my friends, on my teenaged blog, that I was a handmaiden of the devil and an agent of whoredom for writing that my friend should not be imprisoned at home by her father for 40 days for hugging her boyfriend. Countless remarks about how I should dress, how I should act, how I should submit to and serve men and boys.

My parents, thankfully, did not force this attitude on us. I wore power suits and heels so that I could tower over the scrawny boys in debate league. My sister was a champion in hockey (arguably one of the least traditionally feminine sports). But there were still vestiges of this pressure at home, to be the good, quiet Christian woman — even though my mother modeled leadership and authority, divorced from male control, on a daily basis. My sisters and I all turned out to be independent, confident feminists, because that is what my mother is, even if she would never call herself that.

Gender discrimination is the only discrimination I’ve experienced, and so I cling to it, like a bitter badge of honor. I swap horror stories with other women. I delight in making eyes widen at parties with tales of indignities from my strongly patriarchal past.

I have become appallingly sensitive to misogynistic attitudes in other people, in art, in culture. Like my fearful German shepherd, my hackles go up at the first hint of danger and disapprobation.

If no one’s ever despised you for your sex, it is difficult to care about sexism because it is necessarily foreign to you.

Remembering this helps me have mercy on men who don’t think feminism is needed or that women have enough rights already. Most likely, these men have never had anyone oppress them because they were male; the very notion is unfathomable to them. No one has ever told them that, merely because they were born male, they are less intelligent, incapable of leadership, intended to be subservient, or a sex object open to public derision and comment. It is therefore difficult for many men to be empathetic with women on this front.

Lately, however, I have been wondering, what is the point? What is the spiritual fruit of this feeling of having escaped? What heart-based good can experiencing and enduring discrimination yield?

I think I am finally sensing the beginning of such fruit in my life. It is the first time I have been able to say the word mercy in conjunction with the men, both known and unknown, who have belittled me. I probably won’t ever forget the comments and attitudes espoused by the homeschool patriarchs in my past life, but with this added understanding, I can forgive. And that is surely a place to start.

For freedom Christ has set us free; stand firm therefore, and do not submit again to a yoke of slavery.

When I was about 15, I went to my first TeenPact camp in Raleigh. If you were homeschooled and a huge dork like me, active in debate circles, you were aware of TeenPact. TeenPact is a super-conservative camp that indoctrinates teens to become libertarian warriors, trained to infiltrate the government from the ground up. I participated because I was really “into” politics at the time, but after my first day at camp, I began to feel that something was terribly wrong with these people.

If you had the misfortune of being born female and wanted to attend this camp, you had to learn the rules first. Most important of all: You had to follow a Victorian-era dress code, which mandated that you had to be dressed in “business professional attire” for the duration of the camp. Except that their definition of “business professional” meant skirts well below the knee without any slits and all shirts baggy and well below the tantalizing elbow. (You can even read this ridiculous dress code here. They’re apparently still going strong. My favorite line from the Code is on shirts girls can wear, which outlaws any “tight” fabrics, requesting that “no shape [should be] too obvious.” Pretend you are not a girl! Breasts are SINFUL!)

The kicker is that girls are not allowed to wear pants–even pantsuits or trousers. Silly woman! Pants are for men! You can imagine how difficult this was to find any “business professional attire” to meet these standards, especially since I wasn’t one of the homeschoolers who made my own clothes.

On top of this stifling dress code, all of the speakers at all of the events were male. Also, if you were a girl, you were not allowed to lead a committee; only boy interns were allowed to lead committee meetings. Boy interns led all the discussions while the girls participated when spoken to. (Weirdly enough, however, girls were allowed to “run” for office. This struck me as a big contradiction in terms, but whatever.)

When I arrived, I was quickly made aware of the Dress Code Police, a militia of girl interns who ran around armed with needles and safety pins, scanning to make sure all of the girls were very modest and not violating any of the seemingly innumerable dress code rules. I showed up in a floor-length black skirt, which I thought was very safe. It hits the floor! It’s black! Totally unappealing in every way! But I was wrong.

Not half an hour after my arrival, I was taken by the elbow by a girl I’d barely met and pushed into the nearest bathroom. This girl intern looked me in the eye explained to me that my skirt was violating dress code. “Wait, how? It hits the floor!” I protested. She spun me around and pointed to the five-inch slit in the back of the skirt. The back! Apparently, the backs of my knees were a “stumbling block” to my young male colleagues. So, the slit had to be remedied. If you are a woman, you are well aware that to wear a floor-length skirt, slits are essential for movement. You cannot walk more than a half a mincing step if you have no slit. But TeenPact doesn’t care about that! She swiftly jabbed some pins into the back of my skirt and told me I was appropriate now.

My feelings were a little hurt, but I decided not to mind it. I hobbled along for the rest of the day and dutifully attended my committee meetings. My group, led by the cute boy intern, was going to take a field trip to sit in on the real House meeting. We were running behind schedule, probably because some girl was dressing like a tramp, showing a sliver of knee or something. Our committee leaders told us we needed to book it, because we were going to be late.

So, we set off for the House of Representatives. The boys in their pantsuits were striding ahead. We delicate ladies were trailing behind, because none of us could move quickly, as all of our slits had been taken away from us. We minced and shuffled along, trying not to rip our pinned skirts. The boy leader, yards ahead of us, suddenly turned around and shouted at us, “GIRLS! Hurry up! We are going to be late!”

That was it. My AWAKENING. I stopped dead in my tracks. I looked straight at him and shouted back, “YOU try to walk in a skirt that’s all pinned up!” He paused and then looked at us, a group of homely penguins. He even seemed to think for a moment. It wasn’t a great comeback, I know, but I was 15. And the clouds had opened.

This silly story is the first moment that I started thinking for myself and stopped being ashamed of having been born a girl. So, watch out TeenPact. You may have unknowingly birthed a whole army of late-blooming feminists.

(This post is for Lauren Lankford Dubinsky, who I think will know what I am talking about…)

The scene above from “Mean Girls” is what most people seem to think when they find out you were homeschooled.

The fact that I was homeschooled from kindergarten through my senior year of high school is not something that I often divulge to people (until now, I guess, Internets), because you get asked about a million insulting questions right after that. “Did you have any friends? How were you socialized? Did you even learn about evolution? How did your parents teach you everything you needed to know? Do you make all of your own clothes? Was college really, really hard for you? But you seem so NORMAL!” And so on. Sigh.

That said, today I was reflecting on the reasons why I’m thankful I was homeschooled.

Things You Get If You’re Homeschooled, Apart from a Lot of Discrimination

Yeah, it was a weird way to grow up. But I wouldn’t trade it for anything.