As children, we learn a simple, flattened version of American history. The pilgrims and the Native Americans were buddies and ate corn on the cob together! Now put on this funny hat and make a googly-eyed turkey.

As we grow up, we hopefully learn that the story isn’t that straightforward (or cheerful). Instead, it’s a tale fraught with murder and plunder, political recklessness and social injustice. More often than not, history is the story of the strong taking advantage of the weak.

It’s especially troubling to learn that our ancestors could be—simultaneously—heroes AND villains, regardless of how they got here. Certainly, some were more villainous than others, especially when power and money were involved. But the more we study history, the harder it becomes to see everything as a clean struggle between good and evil. It’s more like sometimes-good vs. sometimes-evil, or good-at-this-moment vs. evil-at-this-moment.

This does not sit well with us. We like tidy narratives from a single perspective. They’re easier to listen to, easier to spin into an animated feature film. Stories told from a range of viewpoints, with overlapping motives and complex characters, are uncomfortable and difficult. They make us squirm.

As Thanksgiving approaches, I’m all for a little more squirming.

Let’s collectively take a harder look at our history, especially as we look with hope toward the future. Let’s not rest on one-dimensional narratives. Our history isn’t a Marvel movie. The “good guys” are, at times, hard to identify. Instead, we find ourselves in a shatteringly complex novel, reaching back over centuries, replete with a dazzling array of characters and competing perspectives.

Let’s be grateful, as Americans, for a difficult heritage. May it force us to be more gracious with one another. May we lean in and listen a little more closely to the multiplicity of voices who call this land home.

Excerpt from this week’s Story Matters

Inspired by the horrors and paradoxes of our current cultural moment (and a Paris Review article by Claire Dederer), I wrote a short piece for Mockingbird: “Love the Art, Hate the Artist?”

When a politician misbehaves, it’s easy (in theory) to wave our hands and say, “Politicians! They’re all filthy.” But when our favorite novelist or comedian or musician misbehaves, we feel conflicted. We feel like we’ve been implicated ourselves. This is how I felt when I learned that Virginia Woolf, one of my all-time favorites, dressed in blackface to a party and was famously cruel and anti-Semitic. We want our artists to be as blameless as we think we are. Our beloved artists made something so good, so beautiful; shouldn’t the end product match the content of their souls?

This is the tricky thing about art: Great art can be created by terrible people.

In other news, we had a lovely Thanksgiving holiday with my family. Full of sincere, deep gratitude for these people (and pups)! 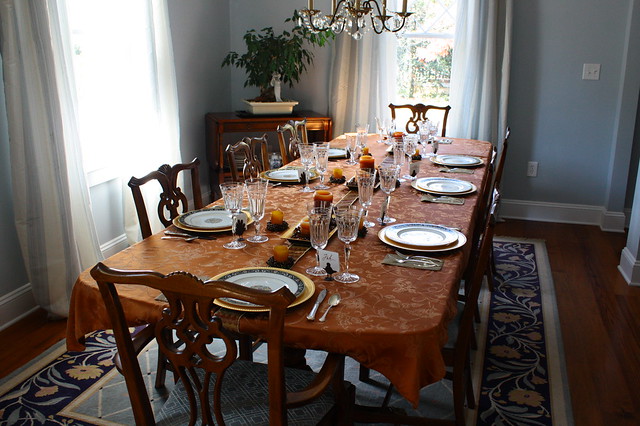 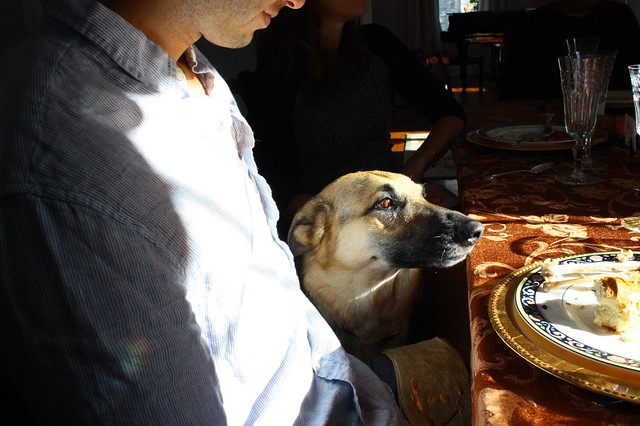 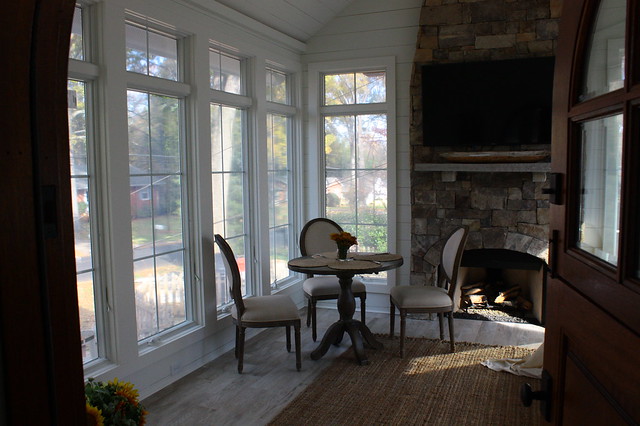 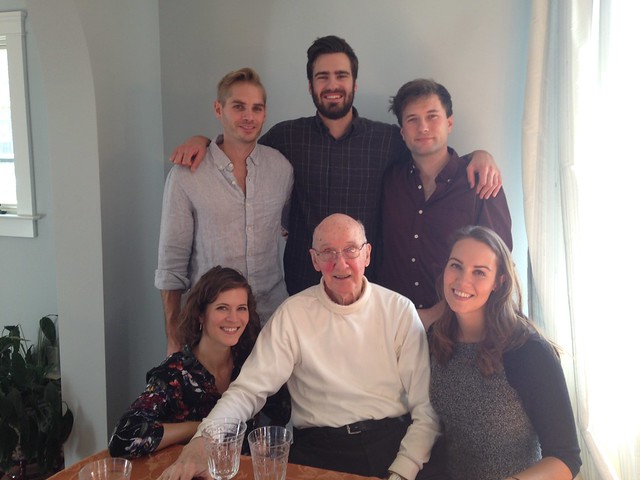 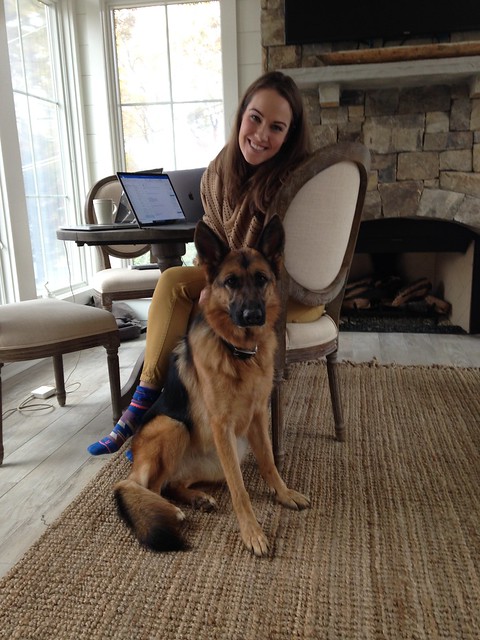 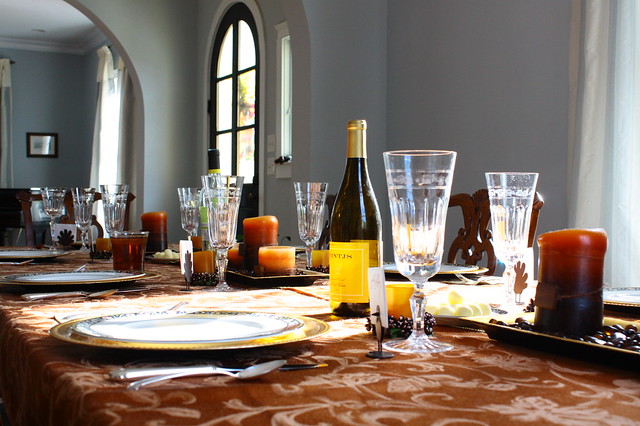 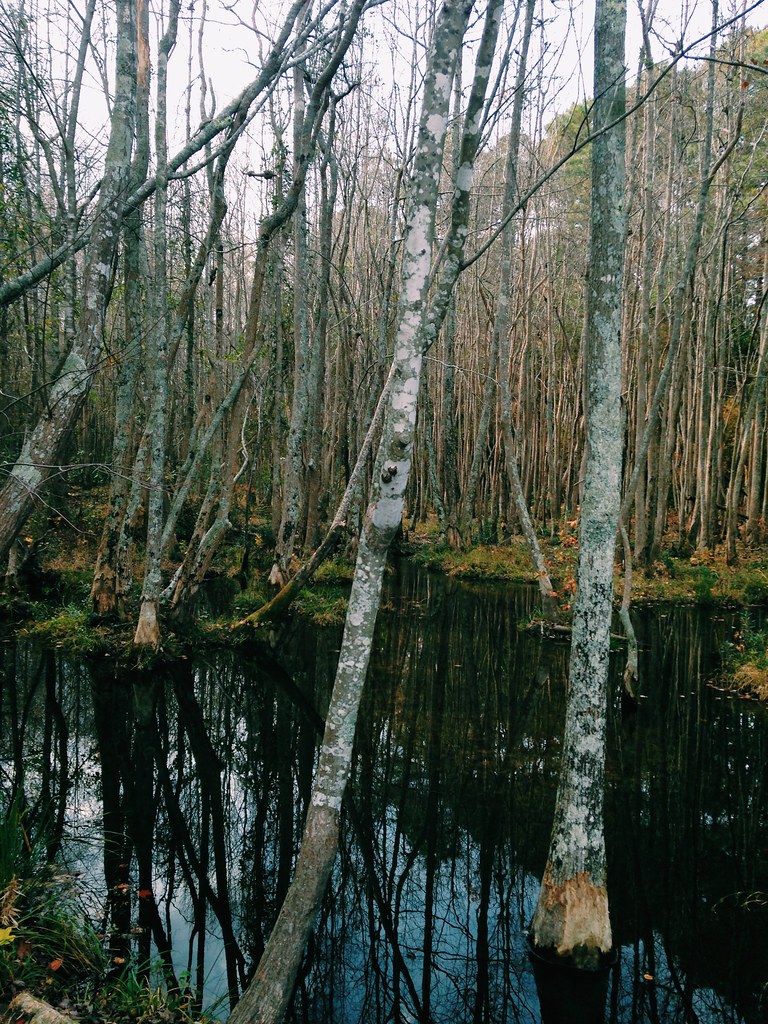 I still can’t read the news, because it makes me queasy, so it was nice to remove myself from a screen for a long weekend. We retreated for the Thanksgiving holiday to spend the time with Guion’s family, and it was very nice. 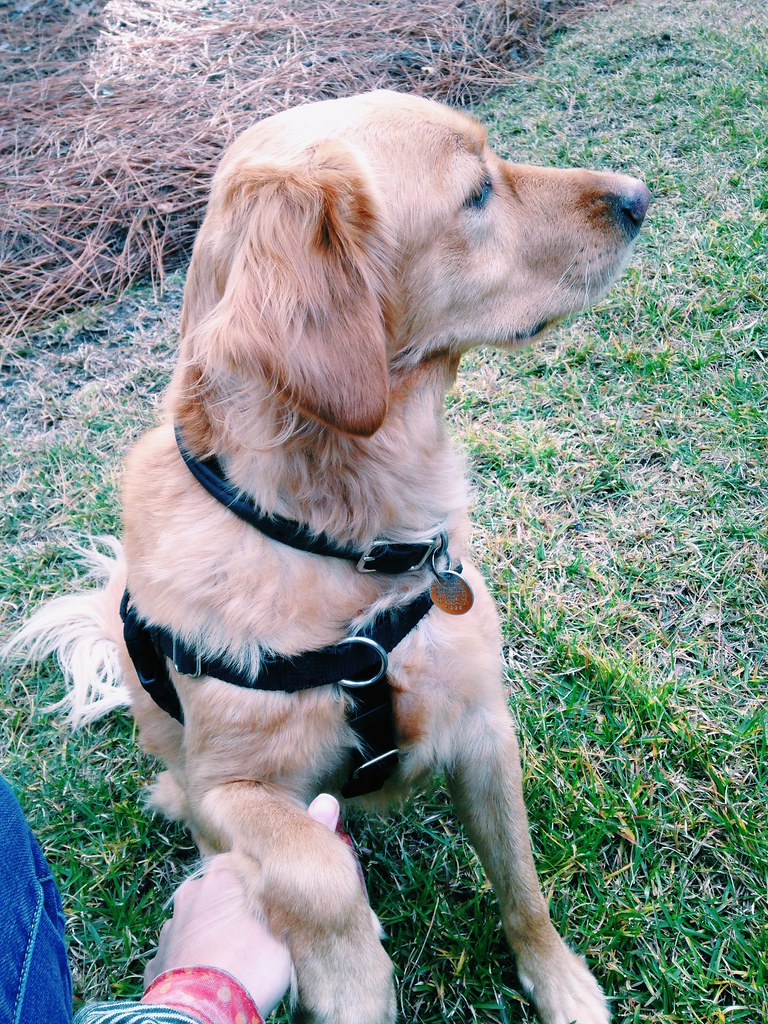 One supreme benefit is Georgia. This is Georgia. She belongs to Guion’s parents, and she is probably the best dog who has ever lived. She really likes holding hands. 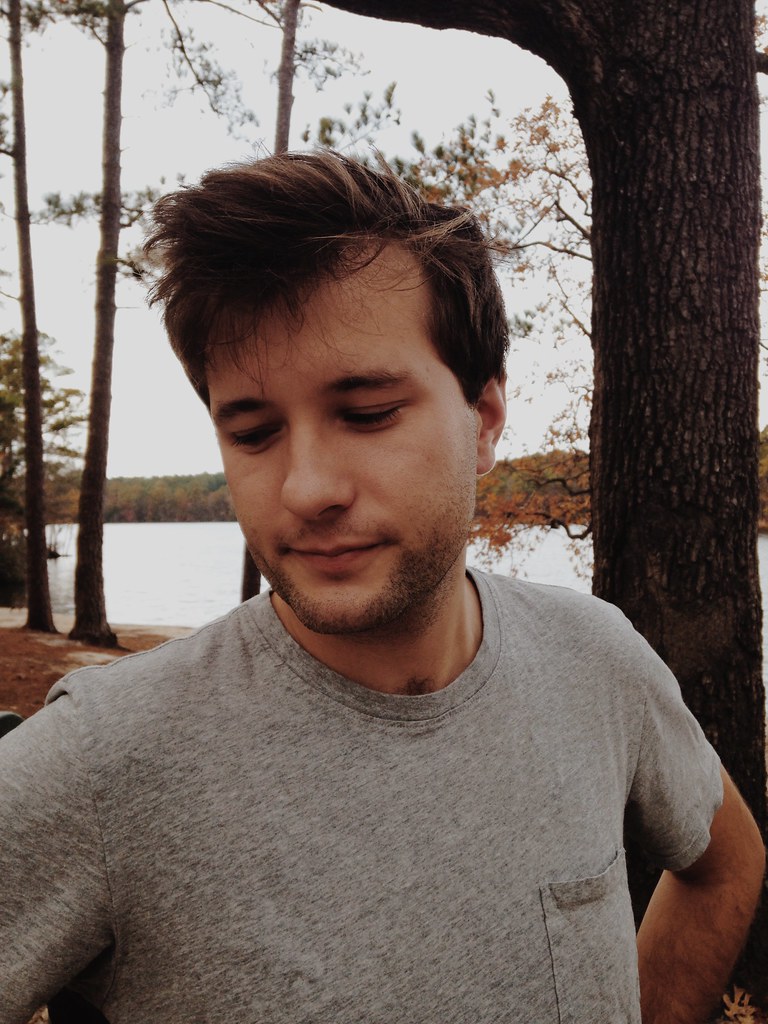 We are at peace, despite our increasingly doomed country. I let him get his first Christmas tree* of our marriage this year, and he is very happy about it. The morning after we put it up and decorated it, I found him sitting in the dark living room next to it, lights on, drinking his tea. I felt a surge of guilt for being such a Scrooge, for having crushed his childlike spirit for so many years. But we have it now. And Christmas joy permeates the house.

(*”Tree” is a grandiose term; the thing is barely 3 feet tall. My wifely generosity has limits.) 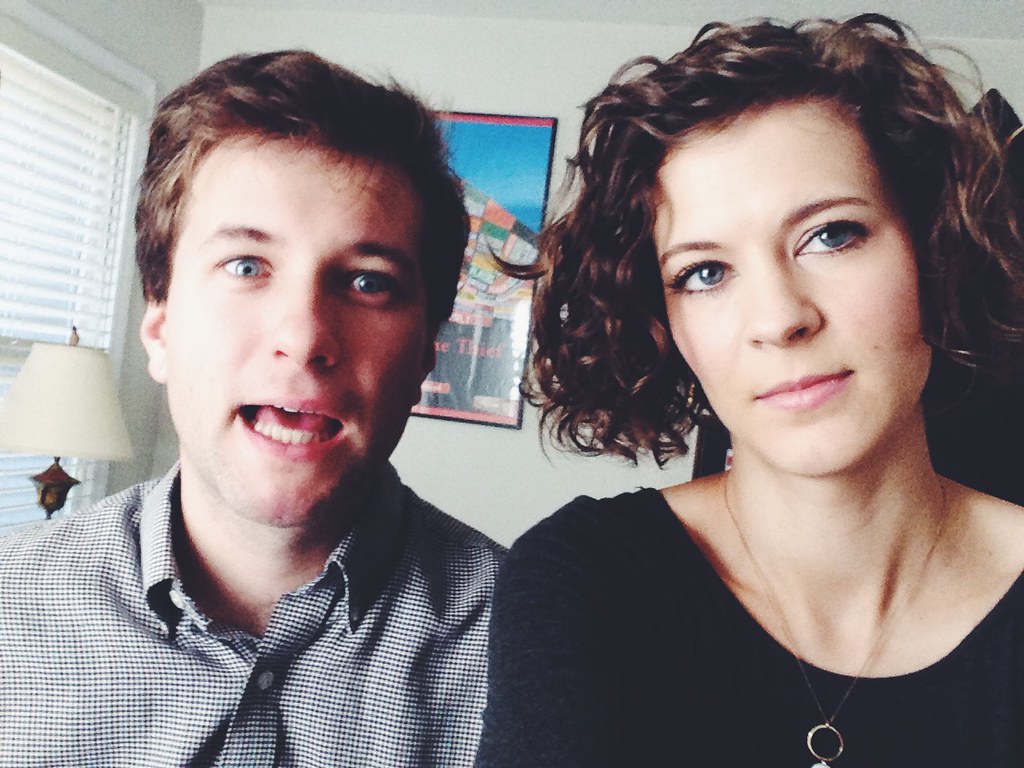 There is a lot to be thankful for this year, even amid the sadness. I am so in love with my family and so full of gratitude for each of them. A few photos from our week at home. 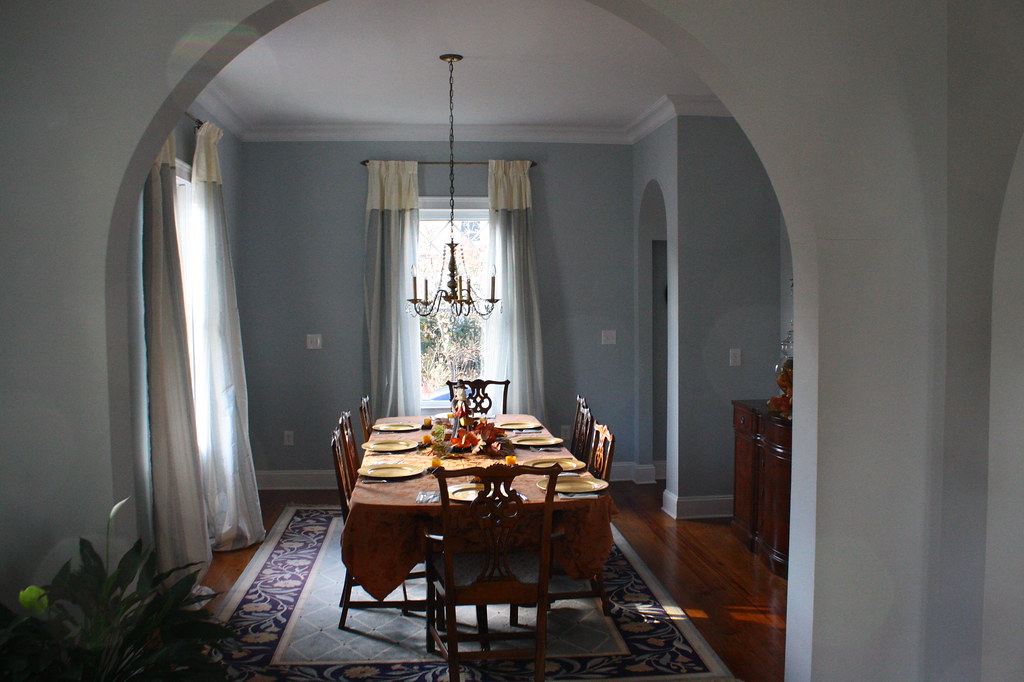 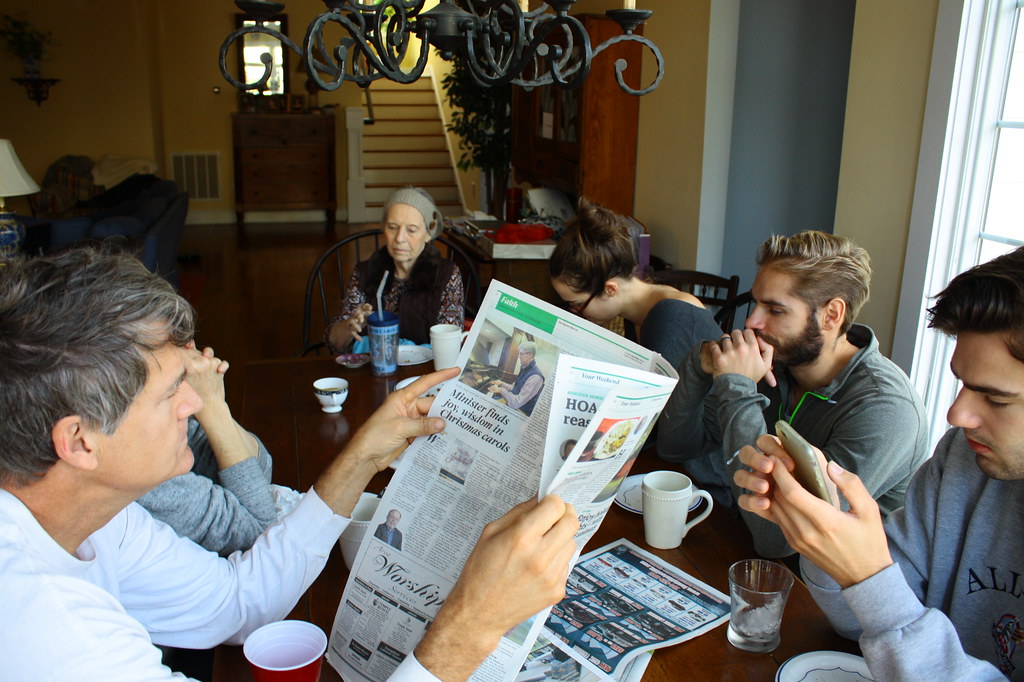 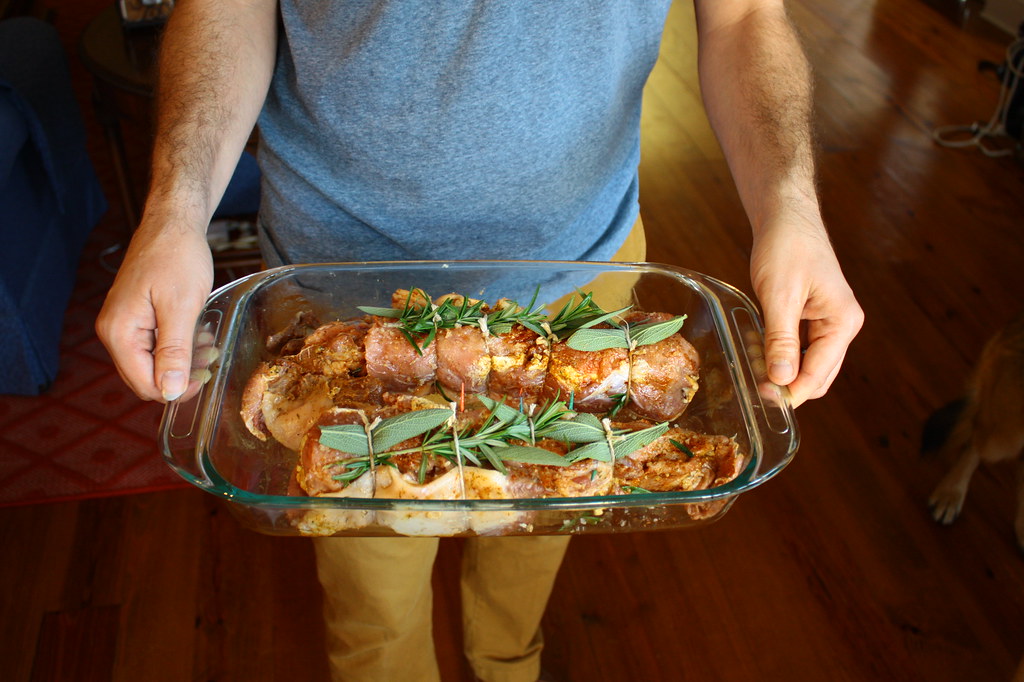 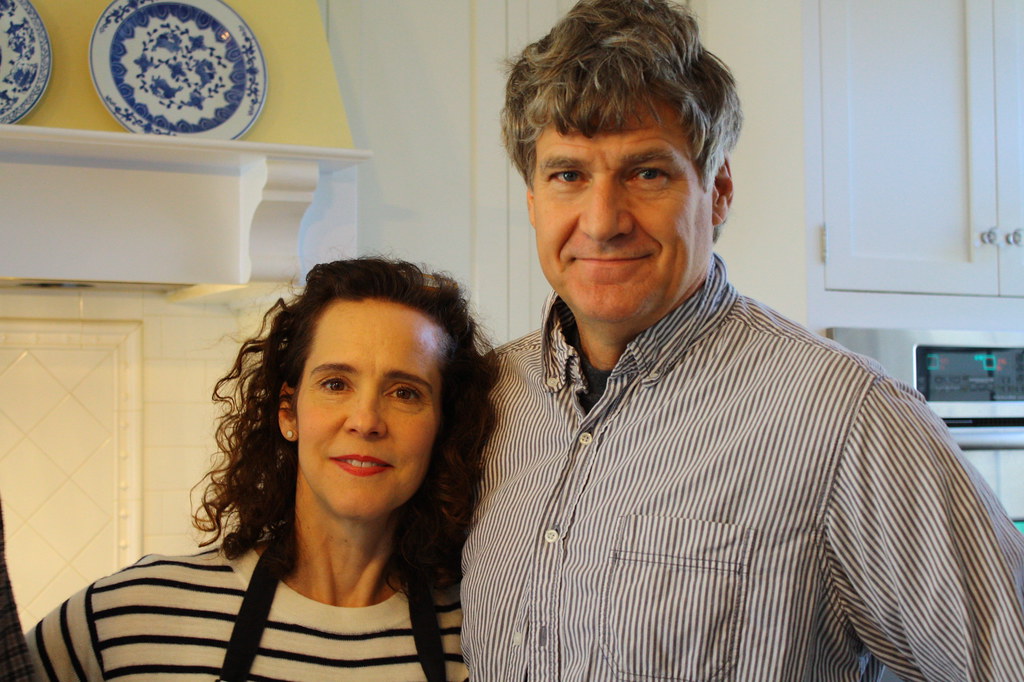 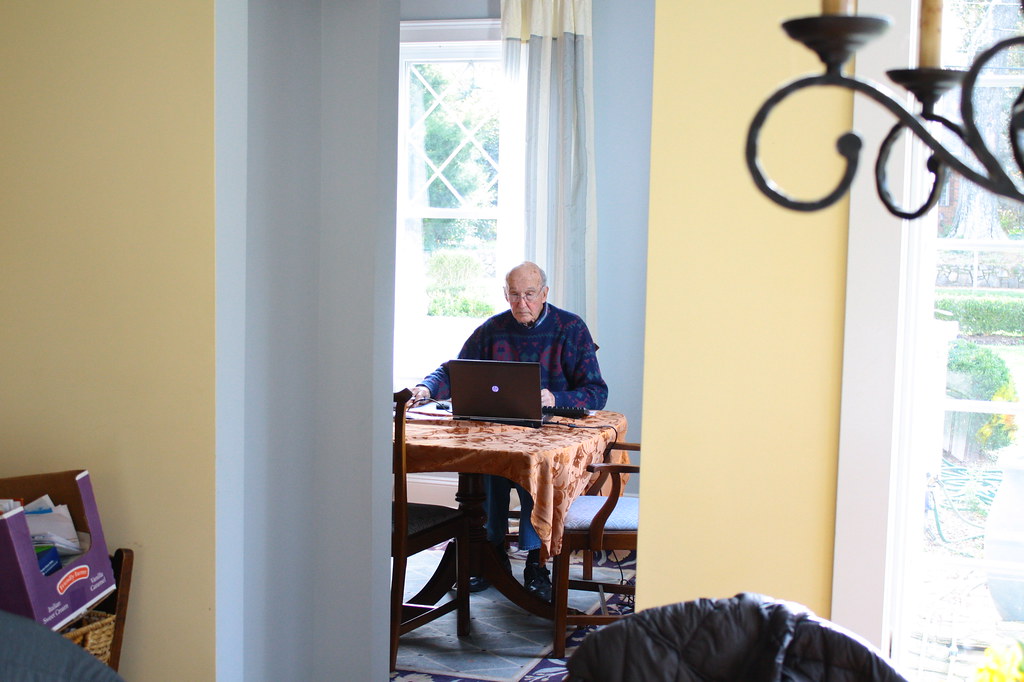 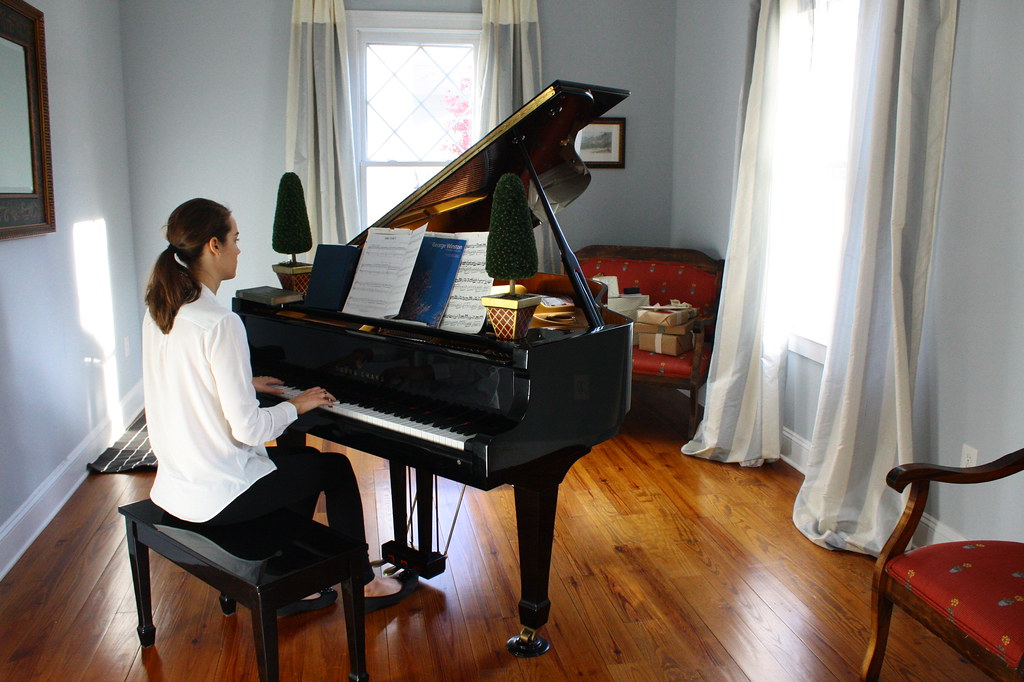 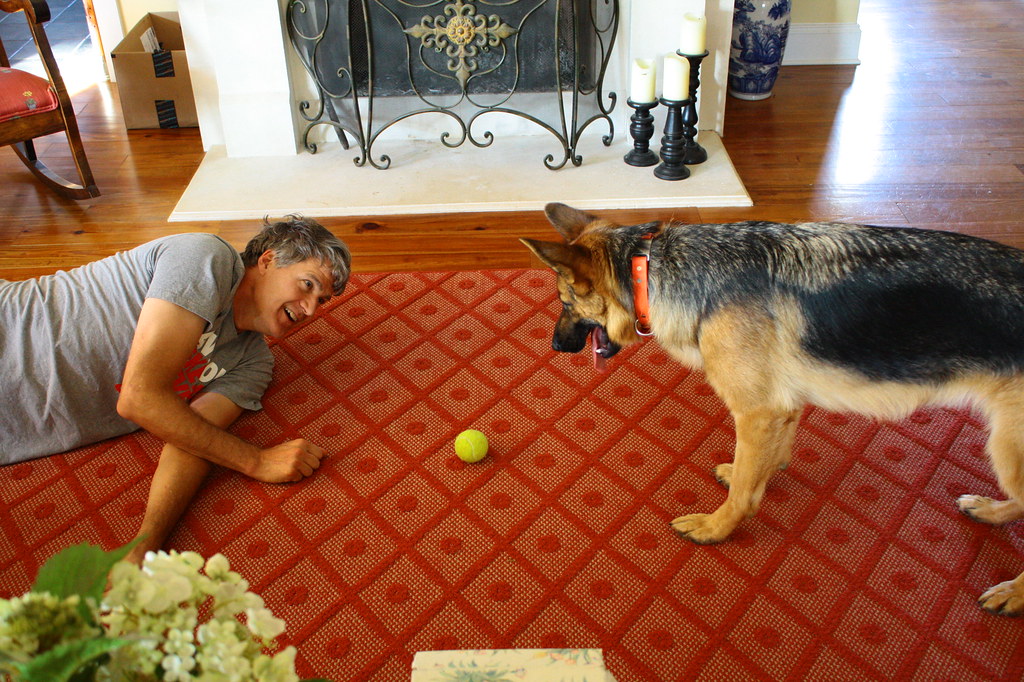 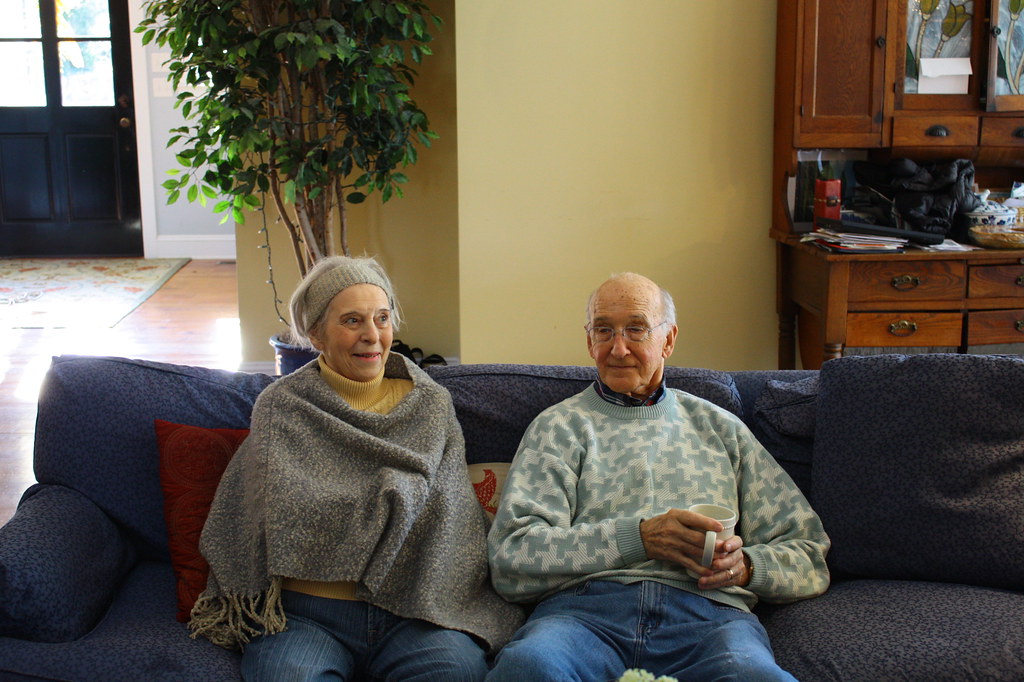 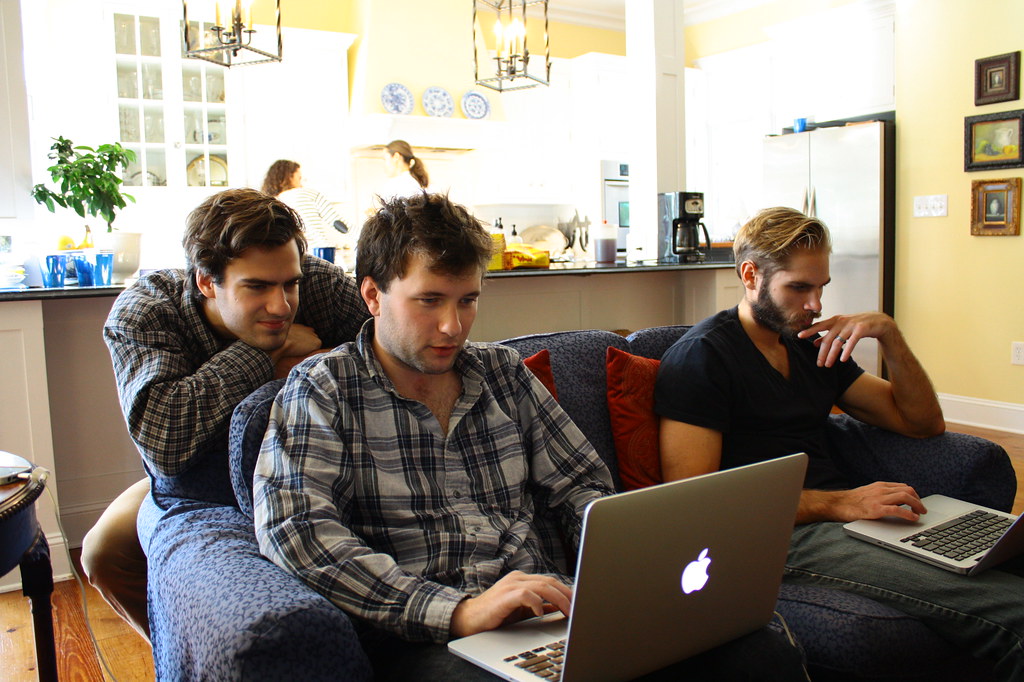 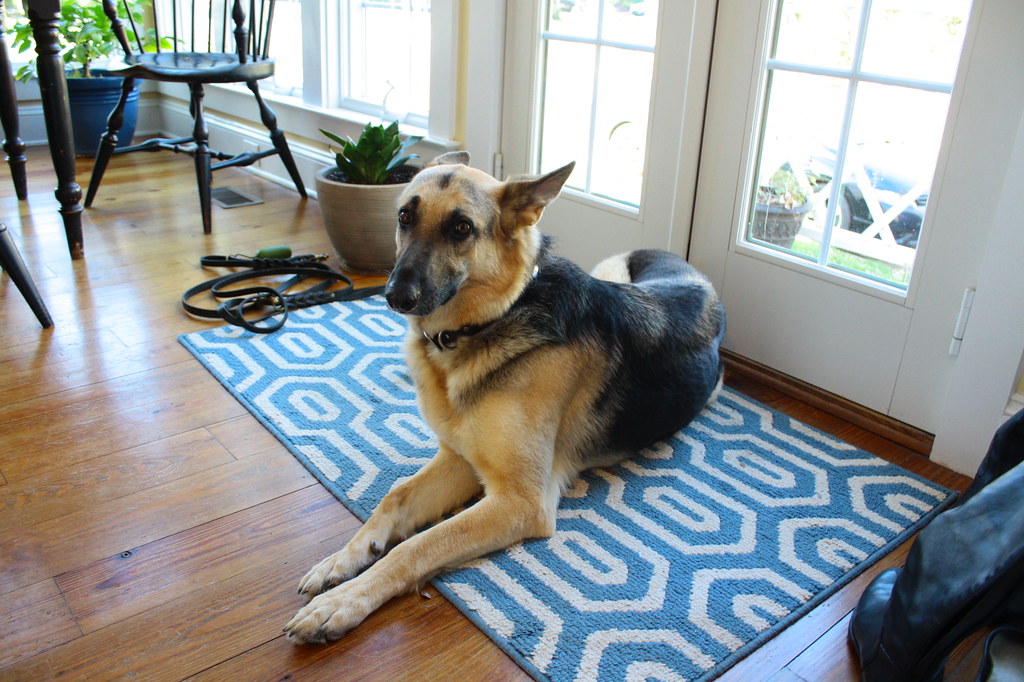 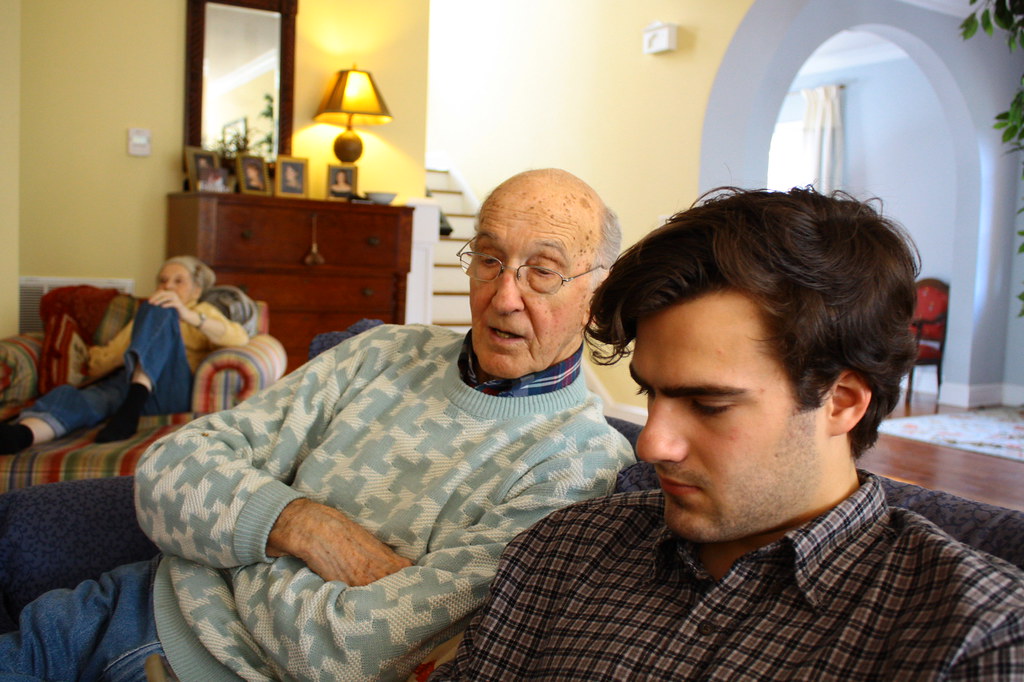 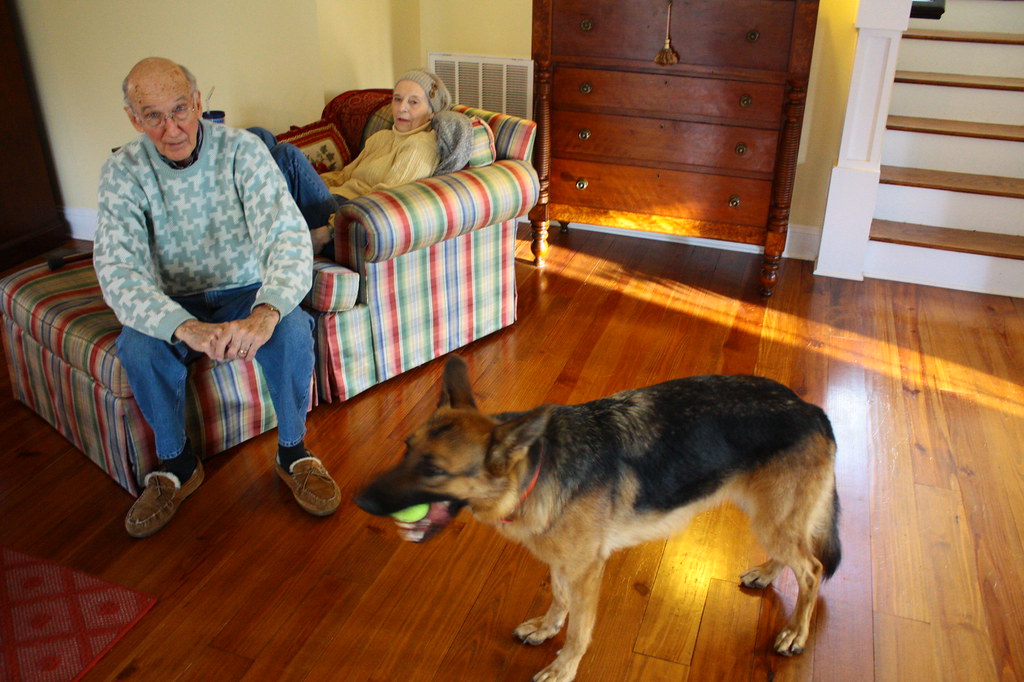 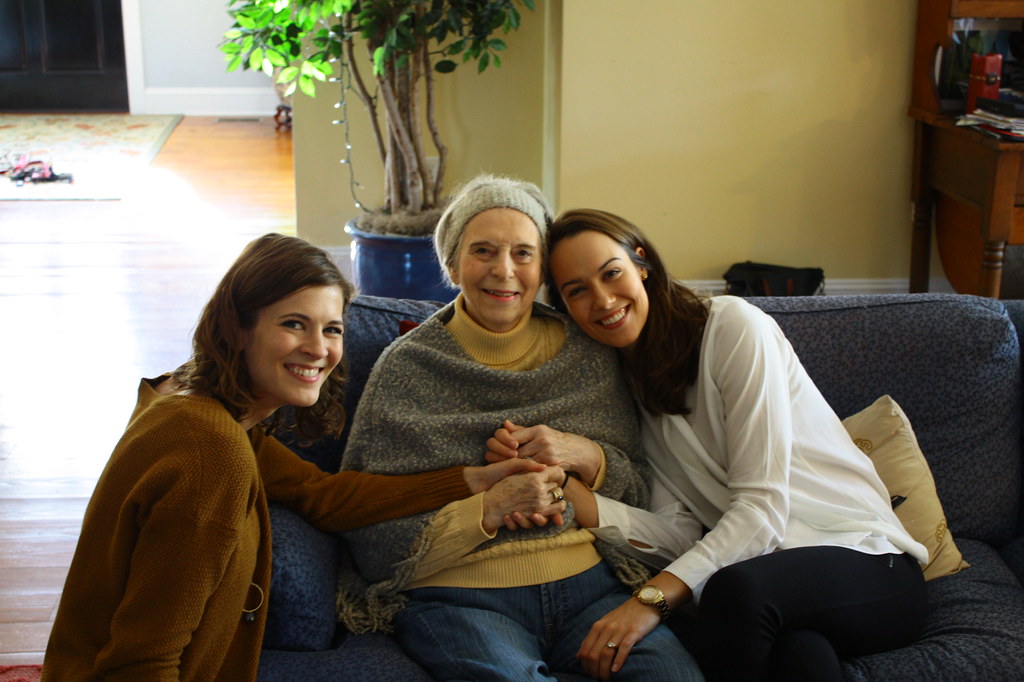 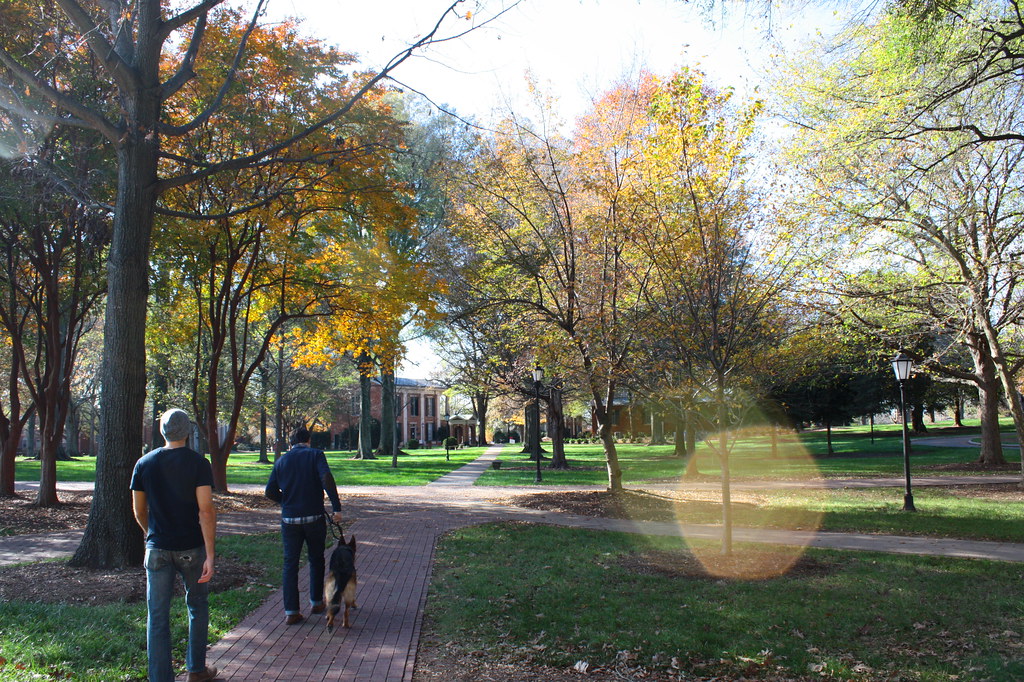 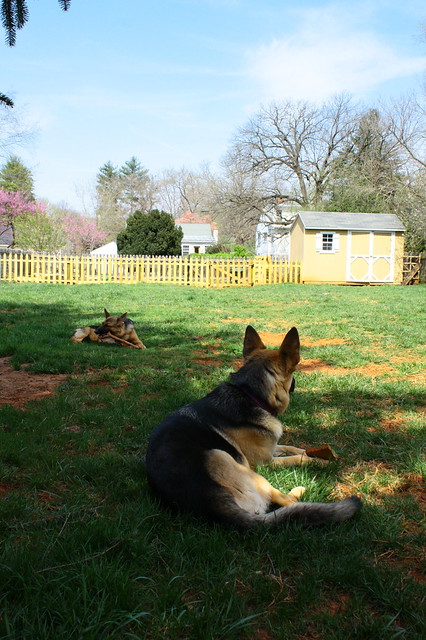 Today, I am thankful for:

Just getting around to uploading these photos now, because, you know, moving.

We are a provocative and weird family.

(Many thanks to beautiful Cousin Emily for many of these spectacular photos.)

Pyrrha wanted no part of any of it and was instead content to patrol my parents’ neighborhood from their bay of windows.

We did have a lovely meal. It was so good to be with everyone. I really like these people that I happen to be related to.

We had a lovely holiday with my family this past weekend. It was nice to escape from the life/work/moving madness and vacation in Davidson for a few days.

I haven’t uploaded any pictures from my good camera yet, because my house is in utter disarray, but I’ll get around to it eventually. In the meantime, here are some Instagrams.

Edit: Grace has a sweet recap of happy moments from Thanksgiving Day, and her photos are, as always, much better than mine.

Hope you all had peaceful breaks!

A peaceful, long weekend with Guion’s family — peaceful, even though kept ourselves busy with a revolving door of relatives, multiple brisk walks, and the “Blessing of the Hounds” before the annual fox hunt.

Looking forward to being back in a few weeks!

Tomorrow morning, Guion, Pyrrha, and I are setting off for Southern Pines for a long weekend with the Pratt family. I am looking forward to seeing everyone, taking long walks with Pyrrha and Windy around the neighborhood, and stuffing my face.

On the eve of this great American holiday, here is a preliminary list of things I am thankful for right now:

We have been talking about gratitude lately. I read this poem at small group this past week and it made me feel hopeful and sad and focused all at the same time. I think it is a beautiful one. It always hits me right where I am.

I made a list of the 100+ best novels I have ever read. Feel free to voice your objections, opinions, etc.

Rose and Kemp are coming this weekend; we are expecting bouts of busyness and cold weather; apples to be picked, dogs to be walked, farmers markets to be visited. Have a good one, y’all!