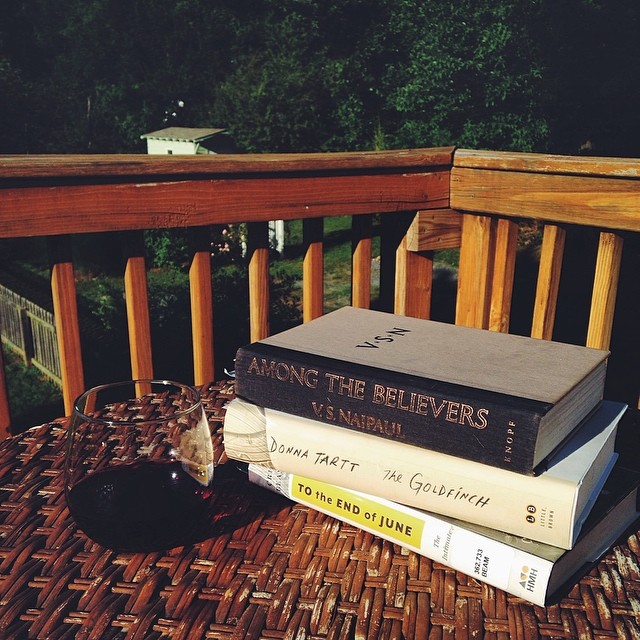 On my mind lately:

Pernicious gender roles and the natural disadvantages of being a woman, thanks to this (fascinating) book, Delusions of Gender, by Cordelia Fine. Rachel S. recommended to me, and I’m glad she did. It’s making me want to fight The System. And to have seven girl children who all grow up to be theoretical physicists and aerospace engineers.

How nice it is to have just one dog for a while. (Rainer got adopted!) Pyrrha might miss him, but she also might really love being an only child.

Thomas Jefferson: Not a total tool. Pretty useful to the founding of this country and all. And just as complex as everyone else is; it’s silly to think of Founding Fathers as these changeless demigods. (Also reading American Sphinx, by Joseph J. Ellis, which is good, albeit his incorrect, vociferous assertion that the whole Sally Hemings thing never happened.)

What if I had been good at math?

Does anyone take the GOP seriously anymore?

Semi-related: This quote that Guion shared with me from Bishop John Shelby Spong:

The church is like a swimming pool. Most of the noise comes from the shallow end.

Piecemeal thoughts on a Wednesday:

It is easy for me to forget that God cares about little things. I’m a little thing, after all.

Even though I very much hope one of the candidates loses, if I am really being honest with myself, I don’t think much will change at all, regardless of the victor. Such is the nature of the American political machine. It has made me an unapologetic cynic with regard to all politicians everywhere. Machiavelli was the one to convince me not to become a political science major during my freshman year and I still think of him when I watch the debates or muddle through social media posts; it’s all a farce, all a dirty game.

I miss my family.

Lately, I have been so thankful for my job and for the work that I do. I am grateful for my coworkers, for the camaraderie that we have, for the rarity of our very happy workplace coexistence. I love being an editor. I’m so glad I found this profession.

New Life Goal: Read 100 books a year for the rest of my life.

I feel like I haven’t had a lot to say here lately. We have been having very busy weeks and there seems to be no end in sight. I find myself retreating to books more often, to experience the reprieve of listening to someone else, instead of dredging the internal well for something to spit out here.

I never want to be online when I am home; it makes me feel lazy, pathetic, lonely. The Internet often makes me feel like that, as I’ve mentioned before. I feel like I am wasting my entire life and then that I am incredibly far away from real people and that I will never be close to them again, that artificial ties are all that we have at our disposal. (I was extremely upset when Guion showed me Google’s promotional video of their prototypical glasses, so you can wear your computer on your FACE and never have to talk to a real human again. Super Sad True Love Story is becoming an imminent reality.) I am as dependent on the Internet as the next person, of course; I love the opportunity of keeping multiple blogs, of pinning every damn dog I see on Pinterest, of the immediate accessibility to every conceivable source of information… but it makes me very tired.

I crave Guion’s company when I come home. A human! With a face, hands, words coming out of its mouth in real time! How refreshing. His daily life/work requires less of constant computer usage than mine does, so I am positively crazy for him, that flesh-and-blood connection, right when I get home from work. He’s used to this by now and accustomed to my grumpy face if he sits down on the couch to read Pitchfork when I’m around. I’m possessive of his human attention. His is a far nicer screen to stare into.

There’s not much more to say on that front, except that I am thankful for this outlet, which does not make me feel guilt or pressure. We are moving in three weeks and six days and it’s basically all I think about, because that house, that sprawling garden, that promise of a dog of my own, will give me infinitely more reasons to avoid my laptop.

Tuesday night, standing on the porch and about to walk in the front door, I heard the distinct sound of hooves. I looked up and, to my delight, there was a horse-drawn carriage moving up the street. Two fawn-colored draft horses pulling a glossy white Cinderella-style carriage; two drivers, a man and a woman, both wearing black top hats. I watched from the porch until they passed out of my sight, but I went inside very happy and amused.

These days I am dreaming a lot about the house we are hoping to find when we move in May. I have vivid dreams about specific floor plans. In one dream, the house has dingy pink carpets throughout. In the next dream, the house has forty rooms but looks the size of a double-wide on the outside. In another, the house has a perfect farm-style porcelain sink but no cabinets of any kind. In another, the house has immaculate interior design but is covered in mildewy siding on the outside, surrounded by a chain-link fence in a scary neighborhood. The only consistent feature among the multiple dream houses is that they all have gorgeous, lush lawns. I hope this is the part that will come true.

We become very affectionate with each other while we’re waiting in the grocery checkout line. I’m not sure what inspires this. We joke and laugh and kiss each other’s cheeks and try to guess how much we are going to spend.

I am not very skilled with Roman numerals. I remember one of our friend’s annoying little brothers bragging that he could do all of his math problems in Roman numerals if he wanted to. I told him, “That’s stupid. Why would you ever need to do that?” He was crestfallen. I felt a little guilty, looking at his wounded face. He was so proud of his obscure talent.

Shaun and Ann-Marie are coming to visit this weekend!

I have a beautiful drive to and from work. Coming down the hill every evening, I have a panoramic view of the Blue Ridge mountains. This is something to be daily grateful for.

Thoughts on a thunderous Wednesday afternoon:

– I want to be a WRITER today! But I have nothing to say. Nothing at all. I should finish that short story that’s been dragging on for a year…

– If I were rich, I would spend an embarrassingly large amount of money on skincare products and makeup.

– I feel guilty about wanting a purebred puppy.

– We had a freak hailstorm and a flash flood last night. It was terrifying and beautiful. I was working on a calligraphy job and watching it all happen on the street and I kept telling myself, “Just be calm, keep writing, be calm…” As if my life were in danger or something.

– Gilead is a lovely book. I can’t describe what it is, but I think a “hushed beauty” is the best phrase I can come up with on the fly. Can anyone tell me what denomination he is, though? He’s not Baptist, Methodist, Presbyterian, Pentecostal, Quaker… what’s left?

– Remember how we thought we were important in college? Turns out we weren’t.

– Barack Obama released his long-form birth certificate today. A nice gesture, but not even that will keep the crazies at bay. They’re sure to find something else to freak out about, particularly with Donald Trump at the helm.

– What do we have to do to convince Win to move to Charlottesville? Locals, any suggestions for things to see or do that might persuade someone that this is the best town on the east coast?

– Nothing depresses me so much as reading comments on news sites. Are the only people who comment online both dumb AND angry? That is such a bad combination.

– It’s too hot to eat, too hot to dream, too hot to move your limbs above your head. We’re trying to save money by not turning on our A/C units for as long as possible. I was too hot this morning, so I had blackberries and a huge cup of tea for breakfast. Because even when it’s 80 degrees in your kitchen, a hot cup of tea will still be the best thing. Truth!